Frantic deadline writing continues, and!  We have a title for the novel, which IS a Jethri novel, and that title is!

In the midst of All That (yes, yes, but you — at least I — have to give my brain something to do while the backroom is slapping together the rough of the next scene besides play endless rounds of Lumeno), the thirty-third Adventures in the Liaden Universe® chapbook, BAD ACTORS, is in process.  The Tyop Hunters are returning their results, and I’m looking at putting the chapbook up for pre-order next week, with an eye toward a July 31 release date.

BAD ACTORS collects three previously published Liaden short stories that fell through the cracks in our reprint process, due in equal parts to differing availability dates (one story had an 18-month exclusivity period, the others had a year), and the publication of the various Liaden Universe® Constellations.  All three stories feature people who might have chosen better, and all three were commissioned.  No, I don’t know why three different editors wanted stories that practically begged for Protags With Questionable Morals(tm).

The stories included are!  Excerpts from Two Lives, Dark Secrets, and Revolutionists.  As it happens, two of them were principally written by Steve, one by me.  So, you can have fun trying to decide which is which.  Possibly this could be made into a drinking game.  Or, yanno, not.

Watch this space, and other spaces where Things Liaden are discussed, for news.  Be sure that when pre-orders open, we will shout it from the highest buildings available.

While you’re waiting, here’s another look at the cover art. 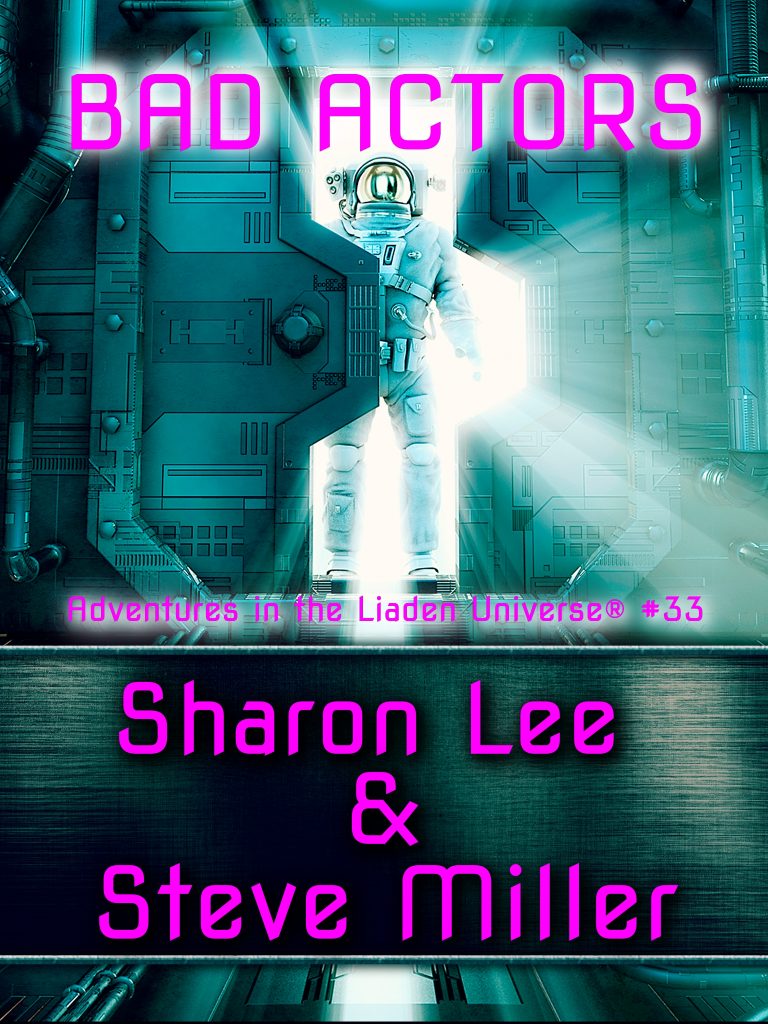 2 thoughts on “Watch the skies”