So!  The week in review.

Easter Monday is a weird sort of half-holiday in Maine; banks are closed, but mail is delivered, some businesses are open, others aren’t.  Steve and I celebrated by reporting in to the vampyres for blood draws, then going to the New Digs to Measure Stuff.

Tuesday morning, starting at 8 am, we hosted a stream of professionals, starting with the cleaners, the painter who couldn’t take on the job in our timeframe, but who kindly called an associate to come see us, the oil burner technician, the home security technician, and the painter.

Wednesday, at 10 am, I met April at the New Digs so she could measure the little alcove where the new pantry will go and check her design.  Also, she took the door of a kitchen cabinet away with her in order to match the new pantry to the existing cabinetry.  The cleaners were already hard at work — a team of four, with ladders deployed, mops and vacuums to hand.

Thursday, at 8 am, Steve had a doctor’s appointment.  After, we stopped at Day’s Jewelers to get batteries put in my watch (My watch has three batteries in it.  Why on earth does my watch have three batteries in it?), have my moonstone ring resized so I can wear it again, and to find a time to bring in the wall clock for repair.  We accomplished two of these things, but Day’s no longer accepts clocks for repair.  We did, however, locate a horologist in Palermo, and Steve delivered the clock directly to her.

Friday, we met the painter at the New Digs, at 8 am, and walked through the house with the color chips, showing him which room will be which (very simple paint job — my office at the back of the house, and the living room at the front of the house (the Window Rooms) will be a deep gold.  The rest of the house will be a very pale yellow.

We took a small ride in the sunshine, after, to Newport, to View the Ice on Sebasticook Lake, then came home, promising ourselves lunch and a nap, but!

As we were sitting down to lunch, our electrician, who had been having the Week from Heck, and had missed two curtain calls, phoned to say that he could meet us at the New Digs at 2:30.  So! no nap for us, but a fruitful tour of the electrical systems with Mike.

Last night, I finished writing a commissioned piece, passed it by Steve and got his input.

Today, Saturday, we slept in.  After I finish this post, I’ll revise the piece per Steve’s suggestions, and send it off; then pull all of the linens out of the bedroom closet, sort and pack them.  I’ll probably get into other trouble, too, but that’ll be a good start.

On Monday, the painters start — at 8 am — and the tech from Dead River is supposed to appear at about the same time to make the necessary upgrades to the New Digs’ heating system.  Steve will cover those appointments, while I make a short dozen phone calls, of which the most pressing is setting up an time with the mover to come over and give us an estimate and schedule our move, now that we know when the painter will be done his work.

It all looks in train for a shift in household by the end of April.  I fear we’re the weak links here, with the packing, but we shall contrive.

And that’s the week in review. 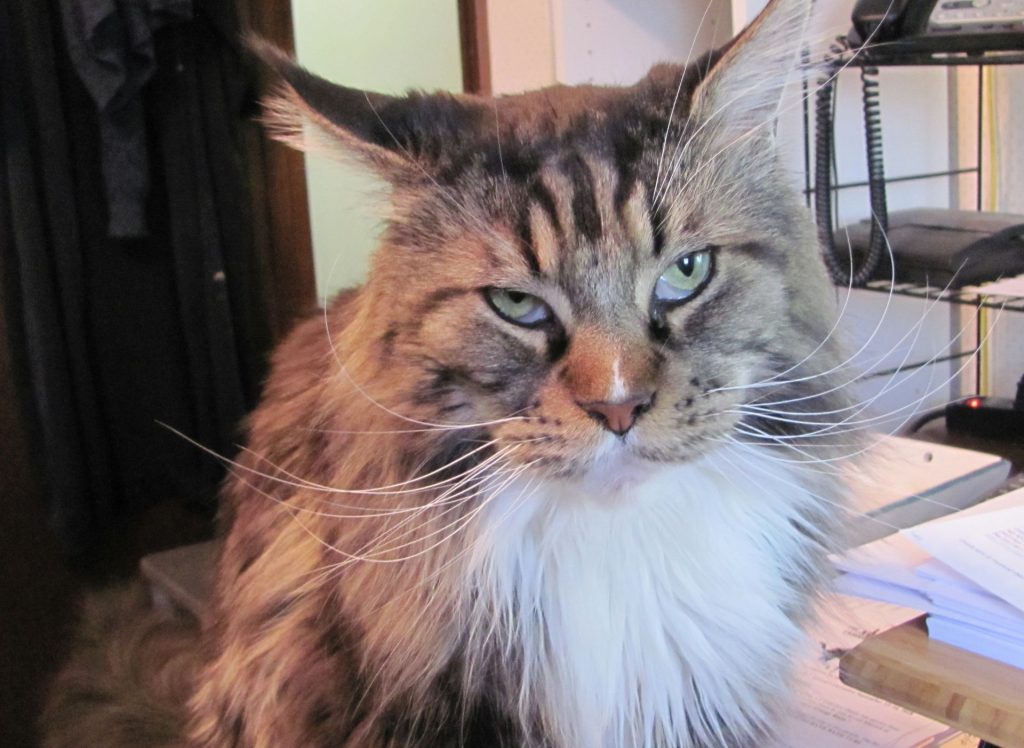 3 thoughts on “My life makes perfect sense; lust and food and violence”