So Boskone was fun; it was good to see new and familiar faces.  I’m still not entirely comfortable with the interface, but I figure that’ll come, as I get out and about more.

Speaking of getting out and about, Steve and I will be participating in MarsCon (the one based in Minneapolis), which is being held online March 12-14.  Here’s your link.  Hope to see you there!

Work is going forth on Change State:  Adventures in the Liaden Universe® Number Thirty-Two, which will include original novella “Dead Men Dream,” and reprint “Command Decision.”

In other news, I am in receipt of an electric letter from a reader, stating a need for a Liaden dictionary and language books, in order to “show” Klingon speakers.  I can’t actually tell if this is in earnest, so I’ll do my correspondent the honor of assuming that it is.

I would be personally surprised is there are 50 words in the Liaden “language.”  Well, here, count them yourself.  Certainly, it has no grammar, or use-rules.  That so many people — for my recent correspondent is not the first to suggest, nay, insist on this point — are convinced that Steve and I have developed an entire language which is the equal of Klingon is a tribute to our world-building, and the strength of the characters’ convictions, but really, truly, honestly:  There is no Liaden language, except in our shared imagination.

It snowed here at the Cat Farm and Confusion Factory today, which Trooper and Sprite celebrated thusly: 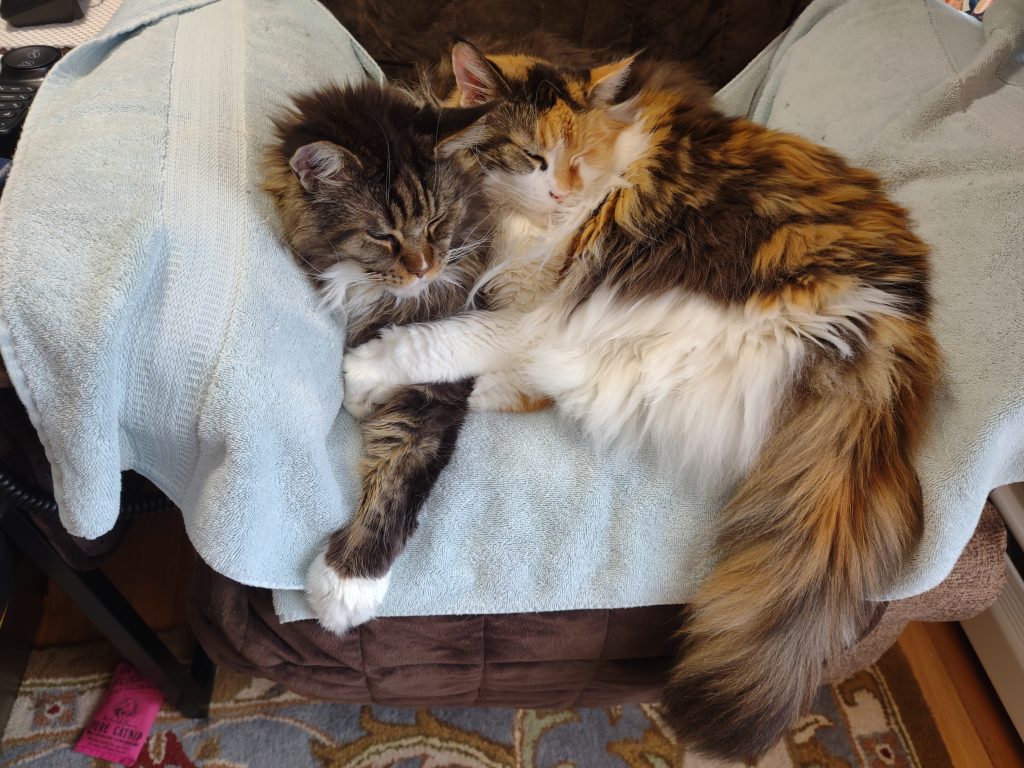 3 thoughts on “Boskone, MarsCon, and a question from the mailbag”