So, mostly, Steve and I have been working, which is, as we all agree, boring to tell, no matter how exciting to do.

Since you and I spoke last, we proofread the galleys for Accepting the Lance, which actually was more exciting than it strictly needed to be, and have been working, variously, on a short story, and the (yes, still title-less) novel.

Last Wednesday, we took a day off to celebrate Steve’s birthday.  We had breakfast in town at Selah Tea, then to Lake Wesserunsett to view the water lilies, dragonflies, and of course the lake.  After that, we took a ride out toward Bangor, paused at Searsport, and so to home, with a fresh-made pizza from Rita’s.  A low-key celebration, but a pleasant change from the same-old, same-old.

The cats have been taking all this sitting-in-one-place and staring at pages/screens in stride.  They of course have a tremendous work ethic; they can watch us at it all day.

For those who have been out of the loop, we here at the Confusion Factory have a tightly-scheduled few months coming up.  This is what it looks like from here:

We will be taking a couple of days OFF for some too-long-deferred downtime.

The yet-titleless novel will be turned in before October 18. This is a firm date because!

On October 18, I will be having an operation on my foot, which will require me, in addition, to stay off of both! feet — for at least eight weeks.  In celebration of this event, I have purchased an actual laptop, to replace the Chromebook (geek note:  laptop is a System76 DarterPro, call-name Fezzik), and also a command chair, which really is a very nice chair, except we’ll need to rearrange the entire living room to accommodate it, and I didn’t want the house to be full of furniture, and fill in your favorite grumpy comment here.  I expect there will also be a knee-scooter in my life, since crutches and cats and unsteady user seem like a recipe for disaster.

Accepting the Lance, the twenty-second Liaden Universe® novel, which will be published in December.

Uncle Hugo’s will be accepting pre-orders for signed copies of …Lance, beginning in September.  So, watch the skies.

Here’s a picture of Steve at Searsport town pier on his birthday. 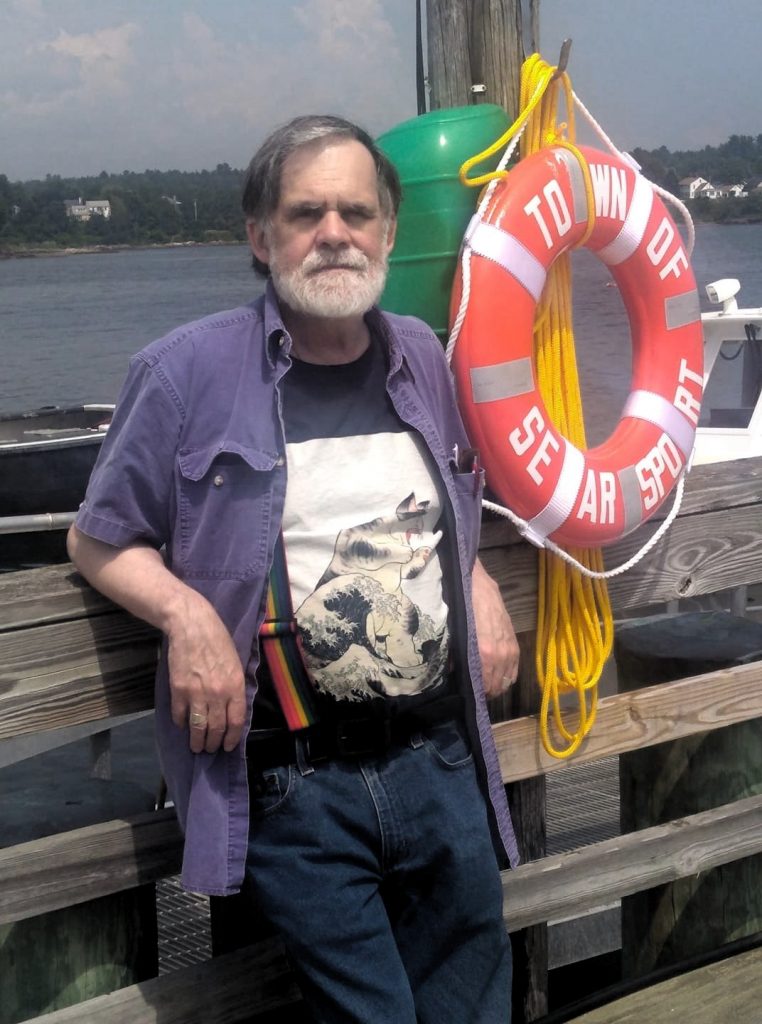 Today’s blog post brought to you by Todd Rundgren, “Bang the Drum All Day.”  Here’s your link.

6 thoughts on “Just wanna bang on the drum all day”