So, I’m cleaning out files on my desktop, and moving those that survive the purge to Dropbox, so they’ll be ready to upload to Moose, when I get him online, hopefully realsoonnow*.  Like, maybe by Monday coming.

I will say that it’s amazing how much digitized stuff you can accumulate in a few decades.  Some of it is clearly no longer of use — if you donated to Fledgling and haven’t claimed your book by now, you’re straight outta luck.  For instance.

There are harder choices, of course.  Old photographs are forever, naturally. . .

. . .but there’s no real reason to keep advertisements for long-out-of-print editions of our work. 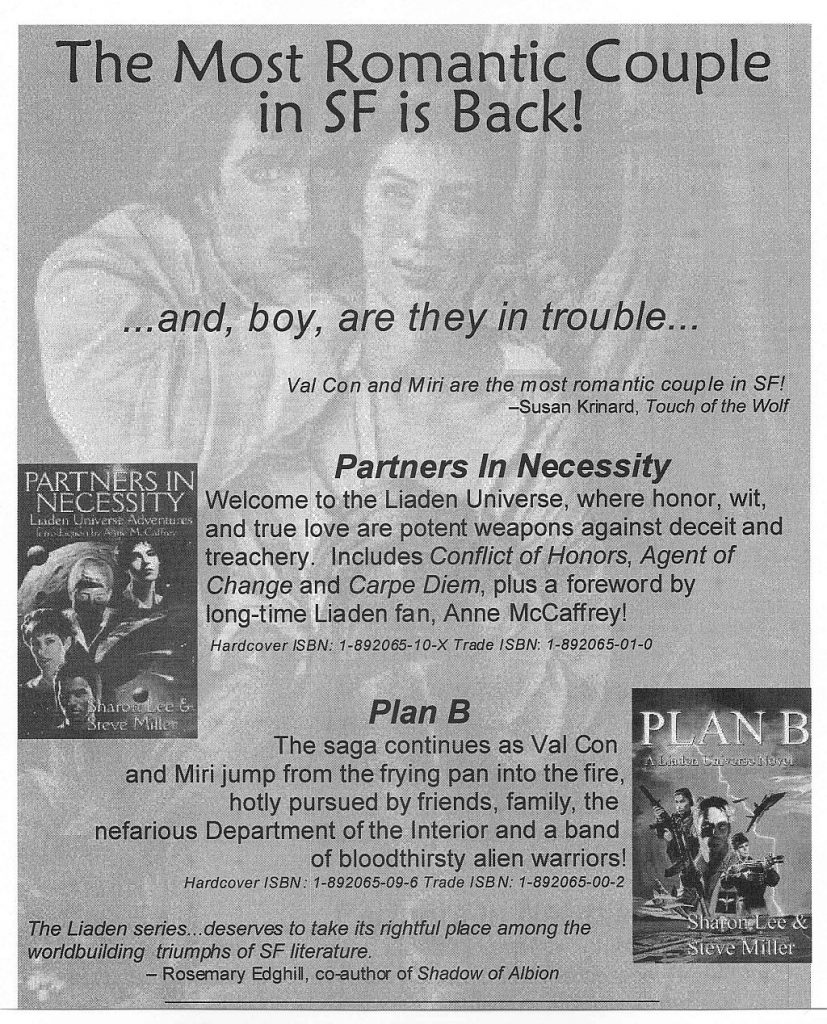 Anyway, that’s what I’m doing.  Work continues on the as yet titleless story, which now weighs in at about 6700 words.  I could wish that was moving along more rapidly, but then — I always do.

*Moose arrived in November, and I was going to get Right On That, except the book took more time than I had predicted, and then there was Real Life, but, now!  Now that the book is done, and before another is fairly started!  Now is the time to move house.