In the spirit of getting bidness outta the way first:  Someone — maybe on this blog?  I’ve lost the note itself — asked me to “list” all of our work eligible for this year’s Dragon Awards.  Herewith! the list:

The Dragon Awards are apparently open to anyone who wishes to participate.  Here’s your link.

One of my on-board tasks is to proofread the manuscript for Liaden Universe® Constellation, Volume Four, due at the publisher in August.  I just finished proofing “Street Cred,” and damn! that’s a good story.  I realize that it’s not cool to be pleased with your own work, but, hey, I’ve never been cool.

And, it really is a good story.

Let see, what else?

Ah.  June 27th marked our second month in the New Location.  Time flies and all like that.  I’ve made my peace with the dishwasher, more or less; and while I still don’t quite comprehend the new dryer, progress is being made on that road.

One of the many things that amuses me about this house is that, yesterday, I walked a mile and a half.  This was exclusively inside the house, going from my office at the top of the short arm of the U, around to the laundry room, in the middle of the long arm of the U (directly across from my office, as the crow flies, if crows could fly through windows), and back again.

Though the first mad flood has been stemmed, we still from time to time entertain contractors.  Tree Guy says he’s going to take down the two dead pines “next week” but hasn’t called to set, y’know, an actual day.  Also, it may have escaped his notice that Wednesday is the Fourth of July.  Cleaning Guy, who was supposed to have come by yesterday morning, cancelled because a tree had fallen on his mother’s house and he was needed to help with the clean-up.  So, we’re waiting for another call from him to reschedule.  And the War Engineer is supposed to drop by on his own schedule to finish getting rid of the useless bits of the fence.

Work continues to go forward on Accepting the Lance.  Mind you, it’s not going as quickly as I would wish, which was ever the case, but going forward is Good.  I’m perhaps being over-gentle with it, given how suddenly and completely its predecessor died the True Death.  We don’t want that to happen again; oh, no, we do not.

Reporting from the land of More Excitement Than You Can Possibly Stand, after I became unable to drink caffeinated coffee, I settled on Twining’s Irish Breakfast Tea as my caffeine delivery system.  It has a nice mouth feel, and has the darkish taste of coffee.  Sort of.

Steve recently got me a box of Twining’s Lapsang Souchong, and. . .man, that’s interesting.  I don’t know that I’m going to make it my Only Tea, but I’m definitely going to keep a box around.

And that?  Is all I’ve got.  Going to be a busy weekend, what with writing and proofing and all.  Also, by Maine standards, at least, a hot weekend, as I suppose is proper as we in the US run up to Independence Day, the quintessential summer holiday.  Which reminds me that I have to find where Waterville stages its fireworks. . . 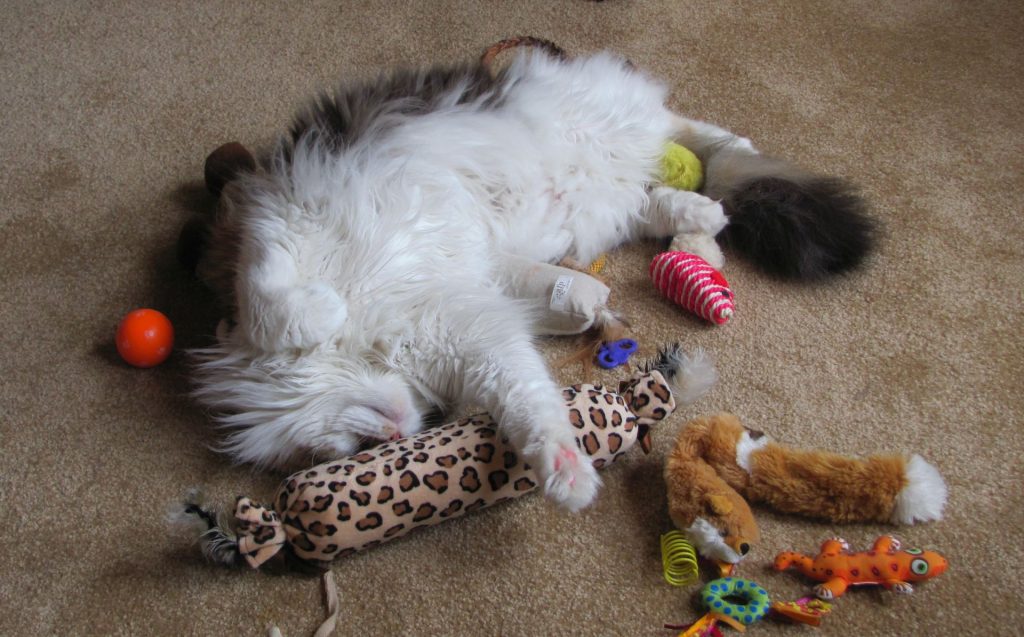