Steve and I thank everyone for your concern, your prayers, and your well-wishes.  Rather than answer all the various messages individually, I’m doing One Big Update for everyone.

What Has Gone Before:  On the Tuesday before Thanksgiving, Steve had a “heart event” at the local grocery store.  An ambulance was called, he was transported to the local hospital emergency room, and from there, at the advice of the on-call cardio doctor in Bangor, to Eastern Maine Medical Central, where he was hospitalized briefly so that his ICD* could be interrogated, and other tests as seemed good to the heart experts could be performed.  The interrogation discovered that the device had fired twice, once at 40 jules, again at 50, when the first didn’t get his heart beating again. Tests also confirmed the presence of old scarring on his heart, which everyone guesses means that he had a heart attack at some point in the past that somehow escaped notice. Steve was released from the hospital on Thanksgiving, told to see his doctors within the week, and is, on the EMMC cardio doc’s orders, banned from driving for six months.

Where We Are Now:  Steve is still somewhat tired, and is trying to do some of that “rest” thing that we’re both so proficient at, not.  Next week is the Week of Appointed Doctors, after which he and we will know more about Where-and-How We Should Proceed.  In the meanwhile, we have deadlines, and cats, and life goes on.

Going Forward: The biggest challenge facing us is the ban on Steve being able to drive.  We do still live hellengone out in the country** — 9-ish miles/20-ish minutes to the nearest grocery store, in good weather, which means a 40 minute round-trip before you even get shopping — and we’re suddenly aware of minor risk situations that have always been present in our lives, such as, “If Sharon breaks her glasses. . .” and which have now acquired “. . .we’re screwed,” in the place of “. . .Steve drives her to town.”  Also, I’m night blind, which means that all and any errands must be accomplished between 7am and 3 pm in the winter.

And, really, these are first world problems, considering how things might have gone.

And that’s the up-to-the-minute news.  Once again, thanks to everyone for your concern and support.

**Frequent readers will recall that we had made, for exactly this reason, an effort to move into town, even into a town where there was grocery delivery service and other artifacts of civilization, only to be defeated by Circumstances. 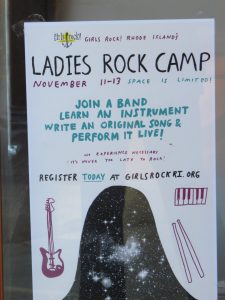