Have I mentioned here that I Had A Better Idea re: Neogenesis?

Well, I did.  And for a brief, halcyon moment, I was relieved, because it only meant I would have to add words! (yay! adding words!), and maybe shift a scene from Here to There.

This is how writers fool themselves into doing crazy difficult things, like, oh, writing novels.  They say to themselves, “Oh, it won’t be so bad!  In fact, it’ll be fun!  And know That Scene you’ve been wanting to write?  It’ll fit inside of this project just as slick as…”

You get the idea.  But what we say to convince ourselves to do these crazy things?  That’s not the worst part.

Which brings us back to Neogenesis: the Adding of One Scene and the Moving of Another.

If I had been honest with myself, I would have said something like, “This is going to be a massive pain in the hat; you’re going to have to take the book apart by narrative lines, reshuffle the scenes so that the action in That Line doesn’t all happen on Tuesday afternoon, which is another thing you’d think I’d learn, but. . .no — and also! write bridge scenes so that the new order will Make Sense.

So, that’s what I’ve been doing.  With luck and a tailwind, I’ll finish that nonsense tonight, and get with advancing the storylines tomorrow.

In other news. . .Since both WorldCon and NASFiC are out of our reach next year, being held respectively in Finland and Puerto Rico — and! since Steve and I will be Guests of Honor at Confluence, in Pittsburgh in August, and! since my 65th birthday is in September (hey, proximity is where you declare it), I have formed a Plan, which is that we will visit Niagara Falls for one of those whatchamacallits — vacations — on our way home (geography being also subject to declaration).

Now, because we take so few vacations, and mostly travel when there’s a scifi convention in it for us, I’m asking you world travelers — yes, you! — for suggestions on what (besides the Falls, natch) we should absolutely not miss doing in Niagara Falls.  Best place to stay, best restaurants, tourist traps, walks, excursions — the sky’s the limit (well, not literally, because I don’t do airplanes, though I might do a hot air balloon).

Thanks very much for your consideration and help, and now? 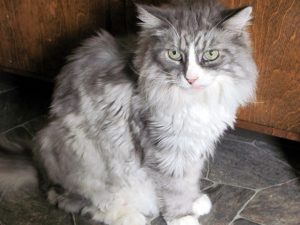 Today’s blog post brought to you by Guns ‘N Roses, provided courtesy of the gym, which apparently has located the “All 1980s MTV All The Time” station on their satellite service.