So!  We’re home from Boskone.

We’re trying to get back to normal, insofar as the writing life ever is normal. At Boskone we had 13 program items, 3 official or formal breakfast meetings, several official dinner meals, 2 between program meetings with colleagues… No I didn’t get to as many parties as usual…. Meanwhile, if our trip down was on a packed train our trip back was serene and quiet — we were the only business class passengers all the way from Boston to Brunswick.

. . .which makes for a fairly full convention.  I was called upon to moderate one panel, which was. . . quite broad in terms of scope, and I admit, I had a few moments of trepidation, thinking that the discussion would last 15 minutes after which we would all adjourn to the bar.  Happily, my co-panelists were brilliant and well-informed, and the audience very interested in the topic. . . so the ship was safely brought into port.

Our kaffeeklatsch was filled to overflowing, by reason of the alternate players joining those who were considered the A-team by convention programming.  We didn’t mind the extra people, but the programming chair did come by to make certain that Steve and I weren’t distressed by having so many attendees — which was very kind of her, and proper care and feeding of one’s guests.  I was able to assure her that we were fine, but!  Do, please, try to abide by the rules of the convention, even if they seem silly.  Convention programming folks really have a lot on their plates during the con and it’s to everyone’s advantage to follow the rules, and let them conserve energy so they can deal with major problems (if any, and:  avert) in a calm and thoughtful manner.  Thanks.

The mass book party was swell — there was cake!  Between those who came to our autographing, and the various vendors in the room, we signed a metric ton of books — all of them ours — and though I bought books*, I confess to Earring Fail, and! even though I have identified a need for more bling on the lapel of the Coat of Many Pockets — I also had Bling Failure.

A special shout-out to Garth Nix, who took time out from his signing at the mass book party, to come over and chat with us for a few minutes.  As a general rule, we try not to inflict ourselves on Sitting GoHs, because — having been in the chair — we know that they have lots of people who want — and deserve — their attention.

Our next con, for those interested, is RavenCon, April 29-May 1, in Williamsburg.  Where we will be Writer Guests of Honor.  After that, we’ll be returning Guests of Honor at BaltiCon 50.

And now, I have bills to pay, tax returns to review, and errands to run — must have food!, especially as the weatherbeans are calling Weather, starting tonight — and then, we need to get back to work on The Gathering Edge. 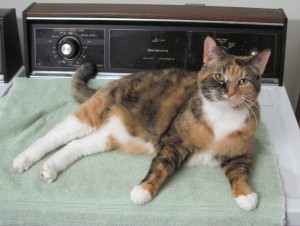