So, it says here that Carousel Tides (published November 2010) has earned out and paid its fond author royalties. This is the second period in which this has happened, so, yay! Carousel Tides!

Carousel Sun (published February 2014) only has $520 to earn back until it, too, can begin contributing to the author’s income stream. Last period, it had more than $1,800 to earn back, so — well done, Carousel Sun!

For the completists — Carousel Seas was only published in February 2015 (2015, The Longest Year Ever), so no royalty report this time. Maybe next time.

Across all the royalty statements, sales of ebooks are slightly ahead of hard copy sales.  In the case of the books we’ve written under contract with Baen, of which Trade Secret is only the most recent example, esales paid back the advance in the first six month’s of the titles lives.  Which is interesting, if these sorts of things happen to interest you.

And, no, no report for Dragon in Exile — maybe the time after next time.

Tomorrow bids fair to be an Odd Day.  Tai Chi from 9-10 am, then change into my impression of business clothes, and head out to the hospital for the afternoon shift.  No one has told me precisely where to report, or even pointed out the employee’s entrance, though I think I know where it is.  Also, there’s some snafu with my badge, so I won’t have it, going in.  Well, at least I know my boss’ name, and the location of her office.  The rest can be figured out.

This evening, having finished the errands, and cleaned All The Things, it’s time at last to get to work, though what I really want to do is curl up on the couch under a floofy blanket and take a nap.

Maine continues to labor under a snow-free forecast for at least the next 10 days.  This is just. . .eerie.  Mind you, I’m not complaining; there’s a very significant part of me that is Perfectly Happy Never to Shovel Snow Again, but, still — this is Maine.

And so to work. 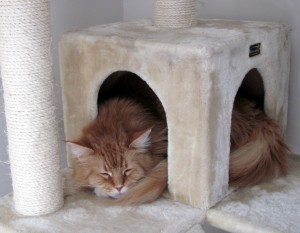 6 thoughts on “In which the writer is easily amused”