So, some background on this.  Earlier in the year, after having resisted suggestions that we do so for Some Time, Steve and I set up a Patreon account, and waited to see What Would Happen.  We were astonished and pleased at the willingness of people to sign up as Patrons of Liad, but we were surprised by another thing that went along with our account and our patrons.

Though the level of support was gratifying to us, personally, what we hadn’t understood was that we — Lee and Miller — were among the higher-“paid” creators using Patreon.  We’re certainly not in the same league as Jeph Jacques or Amanda Palmer, but, apparently, for writers — and especially for writers who aren’t giving our supporters any special goodies, except for the Warm, Fuzzy Feeling of helping us keep on keeping on — we’re doing pretty well, certainly far better than the hundreds (this is not hyperbole) of folks who have set up as writers at Patreon and have 0 supporters and $0 pledged.

Because we had basically come out of nowhere and had such a wonderful level of support, we were interviewed by John Mierau on behalf of Patreon, which was lovely, and! we began to get email from new and aspiring writers, who wanted to know how we/they can use Patreon to launch/bolster their careers and/or how they can grow their audience.

Now, the short answer to those questions is:  Beats the heck outta me.

I can — and have — told people How We Did It:  here and here.  But the Sad Truth is?  Steve and I have been doing this writing thing seriously for more than 45 years*.

Which means:  (1) our goals and needs are different from the goals and needs of someone at the beginning of their career, (2) the wisdoms we gained when we were young writers — were all gathered BtI — Before the Internet.  Most of the strategies for getting published then, don’t work now**, (3) we already have an audience.

Of those three points, the third one is probably the most telling.

We, for instance, never saw Patreon as a way to find and/or grow our reader base.  Growth is good, and, according to my in-box, we’ve actually picked up some new readers from the Patreon page — but that’s more on the order of an Unintended Consequence.  We saw Patreon as giving our readers — some of whom have been with us for twenty-five years — a convenient way to support us, if they so desired.

All that said, here’s this fellow here, who has a lot of Definite Ideas about how to succeed as a creator on Patreon.  Many of these ideas sound worthy, with one small caveat, which is this:

Succeeding as a creator on Patreon does not necessarily equate with succeeding at your art.

One danger I see of Patreon is that — in an effort to connect with an audience, and increase pledges — some creators promise crazy levels of special goodies, putting themselves in the position of having to use time set aside to create to make patron goodies.  That strategy may grow your audience, but it’s not necessarily growing your art.

I do have some hopes that Patreon will eventually come to foster a cross-pollination process among its creators (something along the lines of “If you liked Lee-and-Miller, then you might like New Writer X”) — that would be one way, perhaps, that newer creators could benefit from the audiences of more established creators.

But, no, sorry; I have no strategies for using Patreon to launch a new writing career.  I think that the best way to launch a new writing career is to write, and publish*** — lather, rinse, repeat, even though it’s going to take a Really Long Time, and you may have to work a day-job while you’re simultaneously nourishing and practicing your art, and even then you may be poor — and build your audience that way.

**One telling example:  Back when we were submitting Agent of Change, a lone — or in our case, a pair — of writers could, all by themselves, armed only with two large manila envelopes, and enough postage to carry their clean manuscript There and Back Again, submit to any publishing house on earth.  You did not need an agent to submit (most agents wouldn’t talk to you unless you had a work under consideration).  Now, I think only Baen and DAW still take over the transom submissions.

***By which I don’t mean “self-publish the first thing you finish,” but rather “place your best writing in a venue that has professional standards, (an) editor(s), and will, preferably, pay you for your work.” 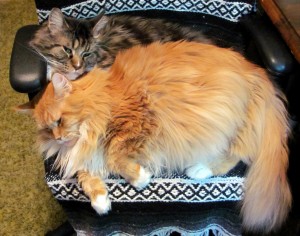 5 thoughts on “How to win at Patreon”