This is in the way of being a Public Service Announcement.

Alliance of Equals, the nineteenth novel in Sharon Lee and Steve Miller’s long-running space opera set in the  Liaden Universe®!

Alliance of Equals, I say, has a (hardcover) publication date of July 5, 2016.  Yes, that is nine months from now.  No, there’s not really anything we can do to “pressure” (cue laugh track) the publisher into releasing the novel earlier.  No, we will not sell you our final manuscript (to be fair, no one has asked to buy the Alliance manuscript, yet, but we’ve had such “offers” in the past, and, in the spirit of forestalling any more. . .).

And honestly, even if there was a way to “pressure” the publisher into releasing the book early?  We wouldn’t do it, because — we’d like our book to get a calm editorial reading and a thorough edit — and so would you.

Now, yes, Baen does often release eArcs of new novels ahead of the hardcover publication date, but they don’t release the eArcs six months ahead.  And what if they did, and you got the book now?  Have you really thought this out?  Because if you got Alliance of Equals, now?  You’d be in the same pickle, only worse, for The Gathering Edge, which we’re writing, now; and which is scheduled to be handed in on February 15, 2016.  Figure 11 months out for hardcover publication — that’s January 2017, at the earliest.  So, really, do you even want to go there?

Anyhow, we were given a general rule of thumb from the publisher, which is:  Expect the eArc (if any) to be released around the time you, the authors, receive your authors’ proofs.  We receive our authors’ proofs anywhere from two to three months ahead of the hardcover publication date, so, counting backward from July:  June. May. April. . . .with April being the soonest you might see an eArc and mid-May about the latest.

Now!  Baen does release sample chapters on the Baen website when a book becomes available for preorder.  I actually don’t know when books typically go up for preorder; historically, Amazon has been the driver, and Amazon used to put books up for preorder as soon as they heard a whisper of even a tentative pub date from a publisher, never mind a final schedule.

Steve and I are in something of an odd geography in this whole situation of release dates and reader demand.  On the one hand, it’s lovely that people are eager for our newest work.  Really, it is.  But, the wheels of publishing grind as they do.  Baen publishes authors other than Lee and Miller, who also deserve to have their books receive a calm editorial reading and a thorough edit. And even if we “quit trad publishing and go indie,” as has been suggested by some avid fans — we probably wouldn’t write any faster.  In fact, I’m betting our production would slow down, because we’d have to do all the stuff that the staff at Baen does for us, in addition to writing the novels.

While I accept that there are folks out there who can write a strong, salable book in an afternoon, and writers who consistently write and see published four or six books a year with no reduction of quality — Lee and Miller are not those authors.  We have never been those authors*.  A book a year is a comfortable writing pace for us; a pace that allows us to reflect, and to layer in the details and back-stories that readers have told us make the Liaden Universe® novels “special” and “very re-readable.”  We value these things about our work, as you do, and we don’t want to slight the characters, our readers, or ourselves.

But, we really are writing as fast as we can; the publisher is publishing as fast as they can.  We’re all hostages to the constraints of linear time.
_____________
*Back in 2007, we were those writers, briefly.  We wrote six books in 18 months, while I was working a full-time job.  It was an insane, stressful time, when the only thing we did was write, eat cheese sandwiches at the computer, snatch three hours of sleep before going to the day-job — and at the end of it, neither one of us had an ounce of creative energy left.  I have no idea how people work to that level, constantly — all honor to them.  What we learned from that experience was — we can write books fast, briefly, or we can write books at a more leisurely pace, for years to come.  We chose the latter. 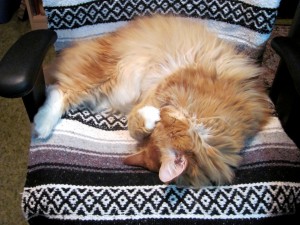 10 thoughts on “Alliance of Equals, by Sharon Lee and Steve Miller”