So!  We started our writers’ day off this week — well.  Last week. — by going into town to attend a multi-artist reception at the Framemakers in downtown Waterville.  The party was in full swing when we got there, including live music.  We caught up with a couple folks we’d known from my newspaper days, and got to know some new folks, and a good time was had by all.

Saturday, we got up at what passes for early, and motored on down to Standish, where we had breakfast at Percy’s Table — Steve had pancake, egg, and bacon, while I went with sweet potato hash (sweet potato, red potato, carrot, spinach, onion, sweet peppers), which was excellent (the decaf was good, too) — and one of the waitstaff geeked out entirely over my hair and jacket:  “You are so pretty!  You bring springtime inside to us!”

After breakfast, we wandered over to St. Joseph’s College, on the other side of Standish, and got lost for a couple hours among the rocks and minerals.  If you ever have the chance to go the Maine Mineralogical & Geological Society’s annual gem show, do that.  It’s a huge show; vendors from all over; informative and beautiful.  Steve and I both noticed that there seems to have been a breakthrough in geodes — there were enormous split and polished specimens on sale — one was as tall as my waist, which is fairly far from the ground.  Also, when I think of a geode, I think of a hollow rock filled with crystal.  Many of those on offer were filled with minerals that were not necessary crystal.  Interesting and tempting, though I note that neither one of us brought home a geode.

There was an. . .unsettling incident.  I had gone upstairs, to visit with the vendors who had been left in the upper darkness.  I was waiting to be admitted by the door dragon, and a tall guy (taller than I am — unusual in Maine, even now), fashionably shaved head, diamond stud in one ear, dark clothes — kind of came in beside me — and he stuck beside me, in my erratic drift from this table, to that table, back to that other table, until I made a willful effort to ditch him.

Later, Steve and I were in the lunch room, sitting together on the couch and having  a restorative Pepsi when there was a boom!, which was this guy being thrown against the window by a security guard.  Apparently, there were, um, items in the guy’s pockets, some of which had broken free when he pulled out his cellphone.  Followed an altercation, including the guy breaking away and making a run for it, getting tackled by the security guys, and what might have been Law Enforcement called in.  Exciting couple of minutes there.

Anyway, we finally hit overload and quit the gem show, heading for Old Orchard Beach, where we negotiated a short reservation for mid-August, and stopped for lunch at the Clambake.  Thence to Trader Joe’s since we were passing by, to take on wine, and some more sprouted tri-color rice, and cheese, and black-and-white cookies — and so to home.

We finished the day off with a couple glasses of a nice Malbec, and grilled cheese sandwiches made with cheese bread.  Yum.

So, there we are — Writers’ Day Off.  Today, is Writers Get To Work, and now that our business here is concluded, that’s what I’m going to do.

Here, have a picture of Steve and me, at breakfast. 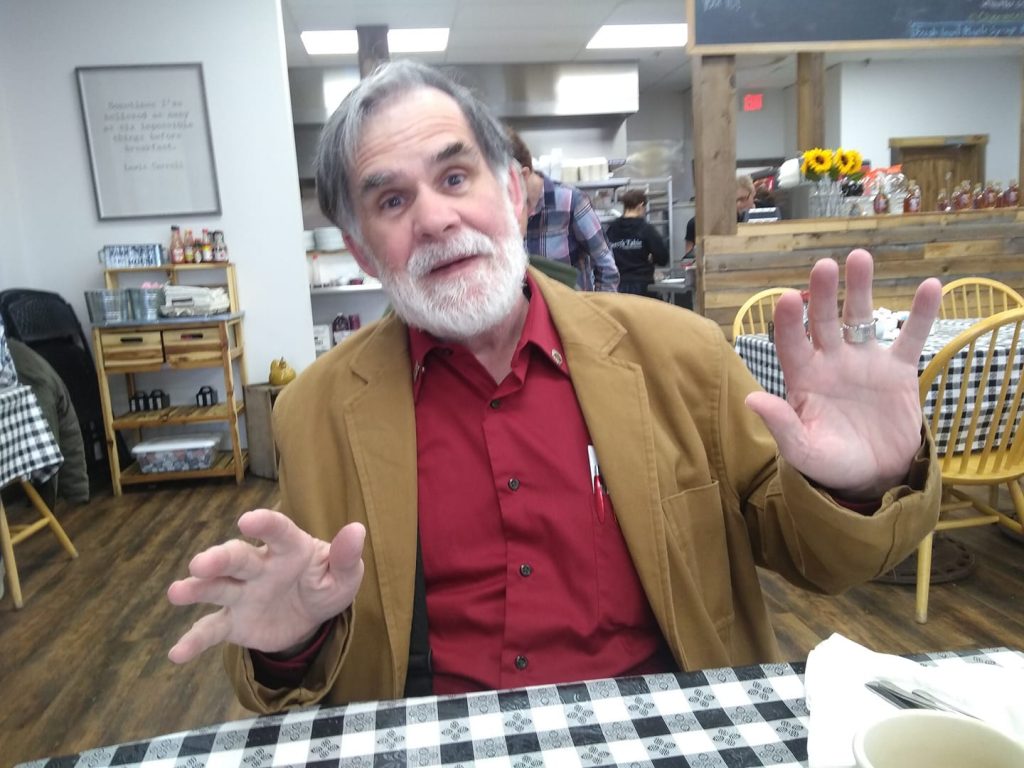 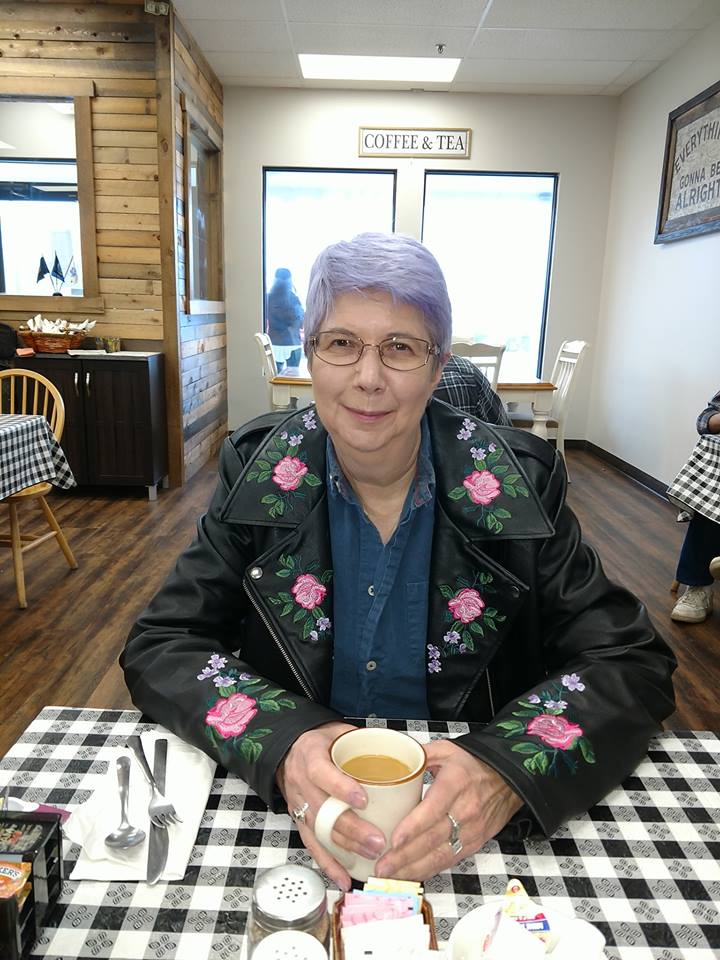