So, the painters finished up late yesterday afternoon, having done themselves proud.  The New Digs are splendid with their freshly painted walls.  Here, take a look:

I went over today to deal with the inevitable remains of the painting process, and to put in some shelf paper.  Came home for lunch, after which Steve and I went out to Home Depot to acquire more shelf paper, a water filter for the fridge, and  a non-slip rug pad for the new living room rug.

Dropped everything off, met the right-hand neighbors, very briefly, and came home to sort out my desk, which has gotten — surprise! — Rather Chaotic in the last week.  Now that’s straightened around, I can look forward to next week with. . .serenity.  Yeah, that’s the ticket.

Tomorrow and Monday, Steve and I will move some few things to the New Digs, and possibly go to Best Buy to acquire a Phone System.  Tuesday, at 8 am, the Cable Guy is supposed to show up to do his thing.  Wednesday, at 8:30 am, Mike the Electrician will come by to solve the various electrical puzzles that came with the New Digs.  And Friday, the cats will have a Spa Day at the vet’s.  Around all of that, packing will continue until everything is in a box, or the arrival of the movers, whichever comes first.

So, we’re in motion, and looking forward to the imminent completion of Shifting the House, Phase One.  After which we will seamlessly — seamlessly, I say — into Phase Two: Getting the former location of the Lee-Miller Cat Farm and Confusion Factory ready to sell.

Hope y’all are moving along, as well, in roughly the right direction and with as little muss and fuss as it’s possible to have.

Oh, and here?  An emergency meeting of the Coon Oversight Committee has been called to order. 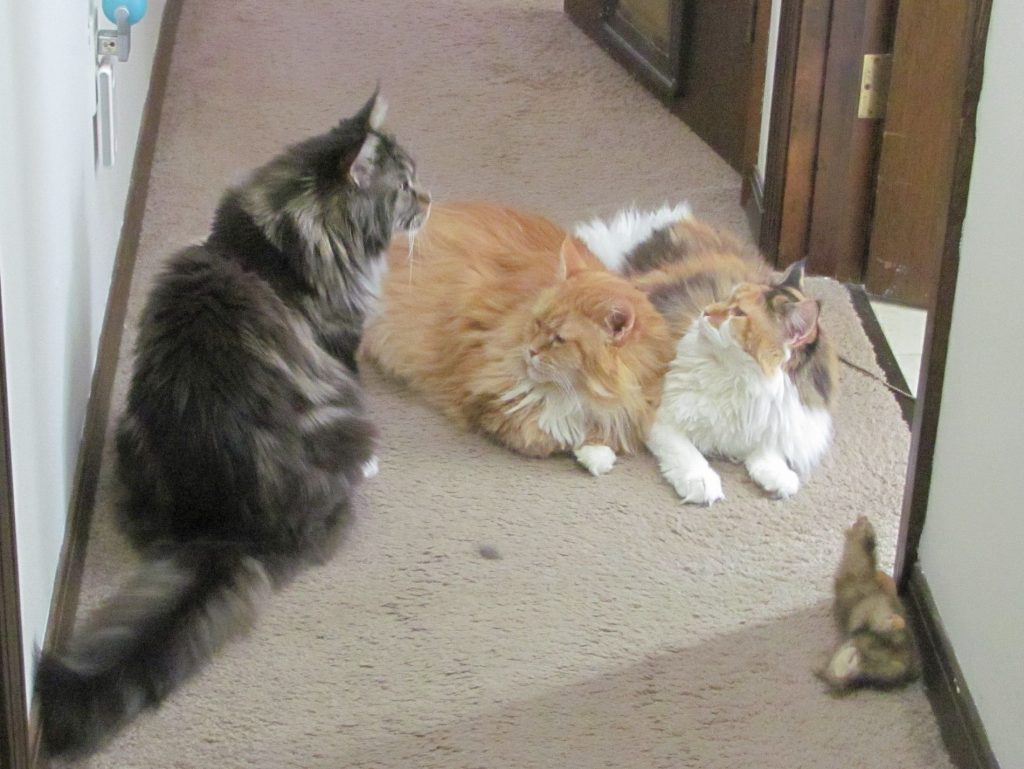 7 thoughts on “In Which the Painters Get Done”