There was a coin show in Augusta (Maine) today.  I have an occasional interest in coins, so Steve and I made the plan to get up “early”, go to Augusta, have breakfast at IHOP, go to the coin show, then come home.

We took Route 201 from Winslow to Augusta.  As we were motoring along, some little distance in front of us, on the left shoulder, a bald eagle spread it’s mighty wings, lifted about three feet off the ground, and — fell to the tarmac about two feet into the right lane.  He tried again, getting to the center line this time, and we could see that he had in his talons the limp body of woodchuck.

I had slowed considerably by this time, as one does, and the eagle, who had by this time attracted the interested attention of raven, tried it again.  This time he made it to the middle of the right-hand lane, about eight feet in front of the car, and there he made the Management Decision to leave breakfast where it was and come back when the damn nosy tourists had gone past.

I inched along, being careful not to run over breakfast, and slowly picked up speed.  A glance in the mirror showed breakfast still in the middle of the lane, and no sign of the eagle.  Happily, I suppose — at least for the eagle, and possibly the raven — it was early morning on Sunday, so there was a good chance of the eagle reclaiming his breakfast and hauling it to the trees on the right side of the road to eat in peace.

We eventually raised IHOP, where I ordered the spinach-mushroom-tomato-and-onion omelette, which turned out to be WAAAAAY bigger than my head, and, heeding the well-known warning, I ate about half, which was plenty enough, and set the rest aside.

Our waitress came by soon after, and, with a look of horror on her face, lowered her voice to ask, “Are you done?  Really?  Was it –” a furtive glance over her shoulder — “Was it gross?”

I assured her that it had been delicious, just much too much for me to eat, which seemed to puzzle her.  She was further saddened by I refused a box, by reason of the fact that we were going to be some hours away from refrigeration.

I need to figure out a better breakfast, if we’re going to eat often at IHOP, which appears to lack a senior menu.  Maybe ordering off the sides menu is the way to go. . .

Anyhow, breakfast eaten, we descended upon the coin show, where a vendor asked me what I collected.  I admitted to silver rounds, and he gave me a look of disdain.  “Silver rounds ain’t collectin’; it’s hoarding.”  Live and learn.  I came away with a copy of the 2017 Red Book, which I bought from the club table, to support the effort, and — despite my Mighty Vow that I would be buy nothing, I —

Let us backtrack a bit.

Those who have known me well — and, let’s face it, even fleetingly — know that I admire with great admiration the Connecticut quarter.  The one with the tree on the reverse.  Friends started to save them for me out of their pocket change; one of the vendors in Old Orchard Beach saved them for me; scant acquaintances, upon learning of my partiality, would drag their change out of their pockets to see if they had any “Tree Quarters.”

I thought I was kidding, but one of the things I learned today is that (according to two vendors, at least) most state quarters in Good condition are “worth” 50 cents.

The Connecticut quarter?  Is “worth” 90 cents.

So there you have it.

Oh.  And my purchase in addition to the Red Book?  A proof 1999 S Connecticut quarter.

I honestly didn’t think Steve was going to stop laughing.

After that, we stopped by Barnes and Noble, and then we went for a ride, coming home via Fairfield and the justly famous Belangers Drive-In, where we bought one haddock basket, one order of fried mushrooms, and brought it home to eat.  And it was plenty.  Then, we took a nap.

In all, a very satisfying day off.

How was your Sunday? 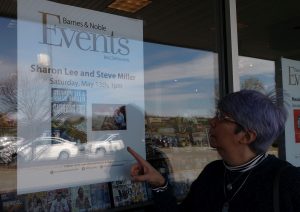 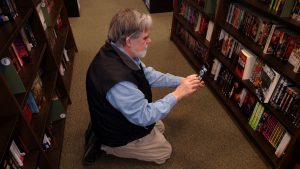 5 thoughts on “In Which the Authors Goof Off”