So, we went to Boskone, and it was fun.

I had my doubts, as we drove out last Thursday morning, to catch the Downeaster to Boston.  It had snowed on the overnight, and the Amtrak lot at Brunswick is uncovered, as are most of the parking lots in Maine. Honestly, you’d think it never snowed here.

Still, it had snowed, and I had visions of us having to shovel out a parking space, if, in fact, the lot was open at all.

Now, this?  Is the upside of being a pessimist.  We get so many more nice surprises than optimists.  For instance — yes the lot was both full of snow and full of cars, but!  there were two spaces available, and a front-loader on the case clearing the snow.  The nice operator dug out one of the two available spots for us, leaving us fresh for a small tussle with the “automatic parking meter,”  which, given the snow and the temperature, and all, was a little less automatic than one might wish.  Eventually, however, Victory Was Ours, and we rolled our suitcases down to the actual train station, and boarded in good order.

We arrived in Boston to find that — surprise! — North Station was undergoing construction and the Taxi Feeding Grounds from which we have for many years claimed our ride across town was — unavailable.  In fact, there were no taxis to be seen.

Finally, we walked up Portland Street, to the Kimpton Onyx Hotel, which had done us a good turn once before, and asked the nice person on the front desk to call us a cab, which she very kindly did, and we were on our way.

Boskone was lovely.  We saw a lot of people we hadn’t seen in years, what with one thing and another; had a delightful Friends of Liad breakfast, and several stimulating panels.  We signed books; I lost my voice, and on Monday morning, in the teeth of a very pretty little snow that did very little violence to the Traffic of Boston, given that it was a holiday, we were returned to North Station, where a nice Transit Authority Person was able to give us succinct and accurate directions to Amtrak, and so to Brunswick, and thence to Waterville, where we were very glad to see the cats, and vice versa.

We had a celebratory Home Again pizza, as is our habit, and a good night’s sleep.  This morning, we slept in, and, now that my hair is dry, I will be going out to the grocery store.  After lunch, I will delve into The Taxes, and Steve will be hitting the galleys for Liaden Universe® Constellation Volume Four.

So, yanno:  Back to normal, until next Thursday, when Steve will be reporting to the Cardiac Unit at Eastern Maine Medical Center to have his generator replaced.

I would be remiss if I failed to mention that today is Belle’s ninth birthday, which she is celebrating by sleeping in the sun, stretched full length on the cedar chest.

Here, have a picture from the con. 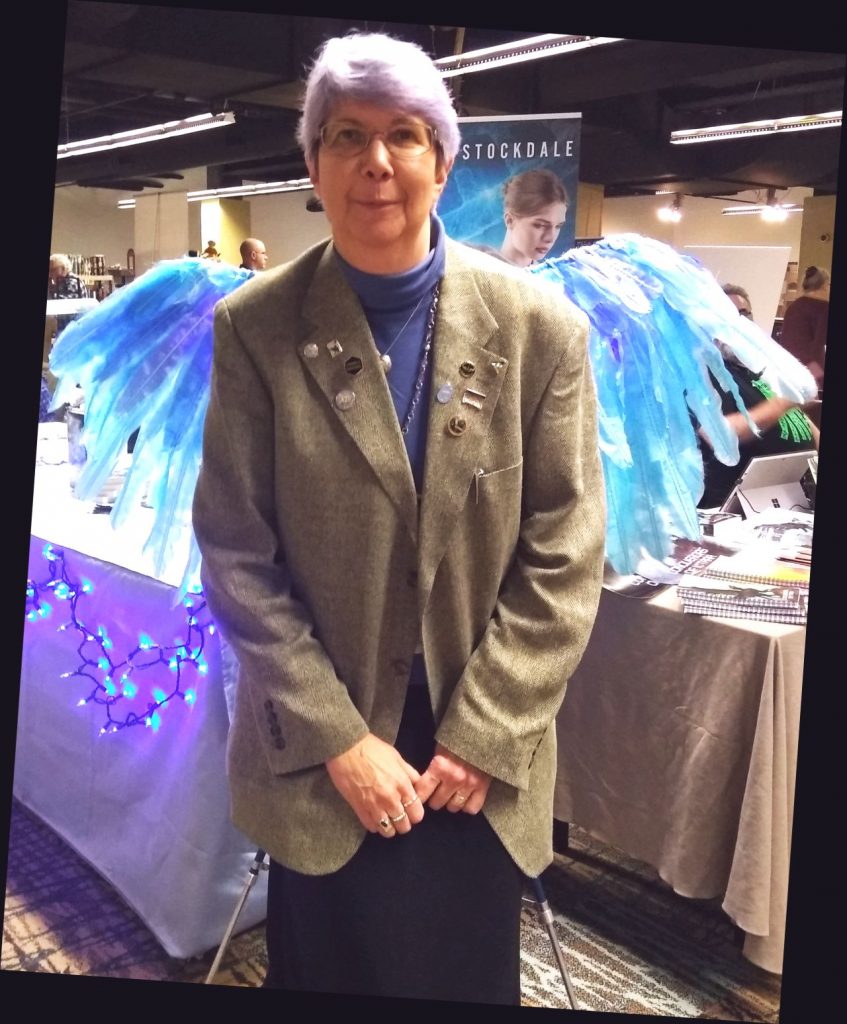 8 thoughts on “In which there is ketchup”