Yesterday, was Trooper’s ninth birthday.  Here he is at Opening Ceremonies, ignoring the camera: 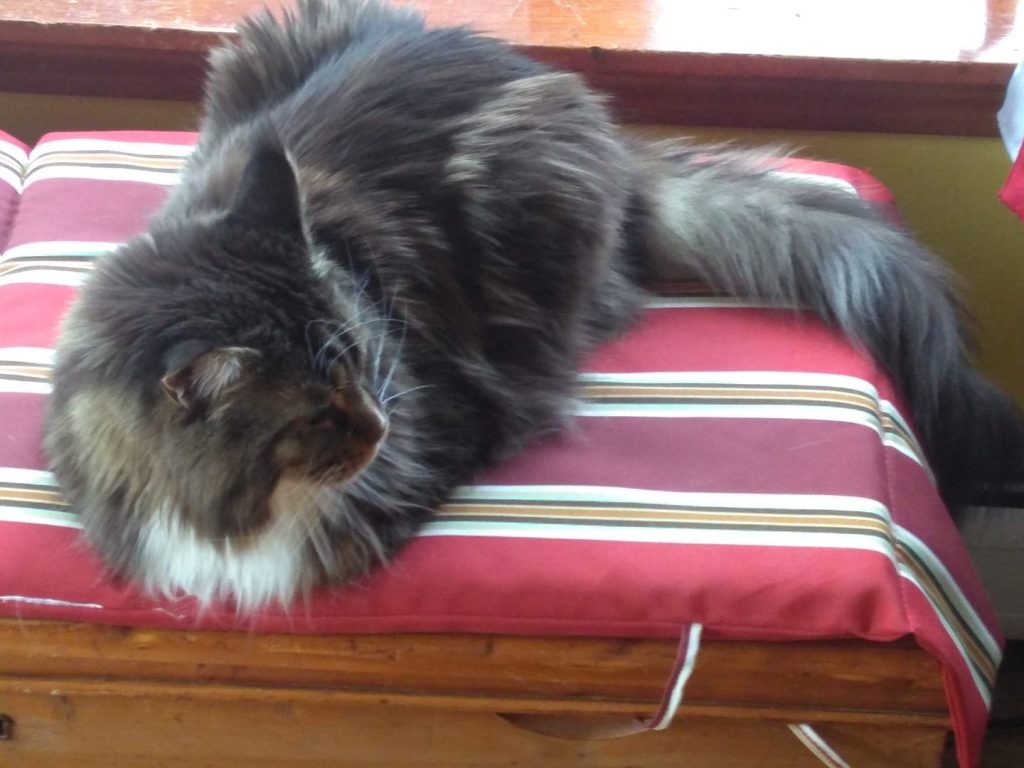 I am remiss in reporting here that I ordered in a steam mop.  Today I used it for the first time, on the ceramic tile in the entryway, the kitchen floor, and the floor of the master bathroom.  I can report that it does the job, and it’s easy.  The whole contraption weighs less than the bucket of water I needed to tote around to clean the floors with a regular wet mop, so I’m sold.  Will try it a little later on the wood floors, but I don’t foresee any problems.

This particular unit has a core unit that detaches, so you can steam-clean, say, the bath tub!  Really looking forward to trying that out.

We have had deliveries, including the Dr. Who Barbie, Michelle Obama’s biography, Becoming, a case of paper, my new Linux desktop, Steve’s new Linux laptop, and cable-wrap, because Sprite keeps getting tangled in the computer wires on her way to the side of the desk where the adding machine lives, because she loves to sleep with her head on the adding machine keyboard.  Yes, I know, but she’s a cat; we don’t question, we adjust.  Monkeys are good at adjusting.

We have received in the mail our countersigned contracts for our stories in Release the Virgins!  Steve’s story is “Command Decision,” mine is “The Vestals of Midnight.”  The publisher lets us know that …Virgins will be available from the the Usual Suspects in early January.

We’ve been working.  Accepting the Lance is due on Madame the Editor’s desk at Baen by the end of January, if not sooner, and there are still a number of bridges to be built.  Steve read through the entire manuscript to date yesterday, and today we’re talking Story Stuff.  For those who are curious, here’s what the manuscript looks like. 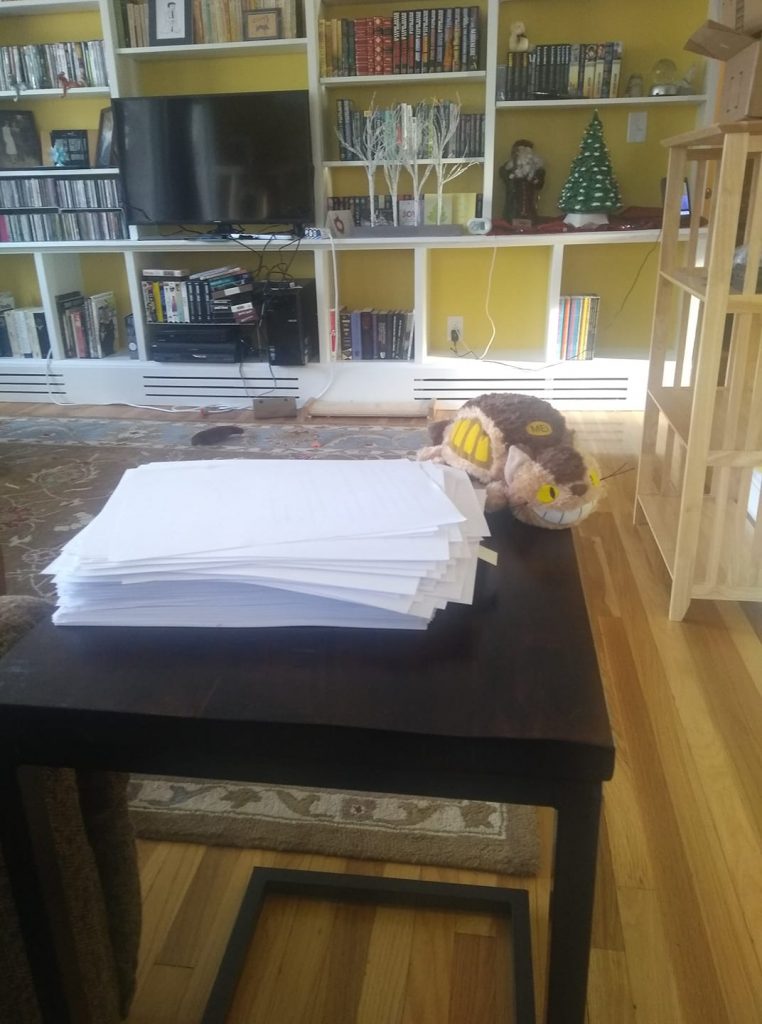 4 thoughts on “Catching up, Sunday Edition”